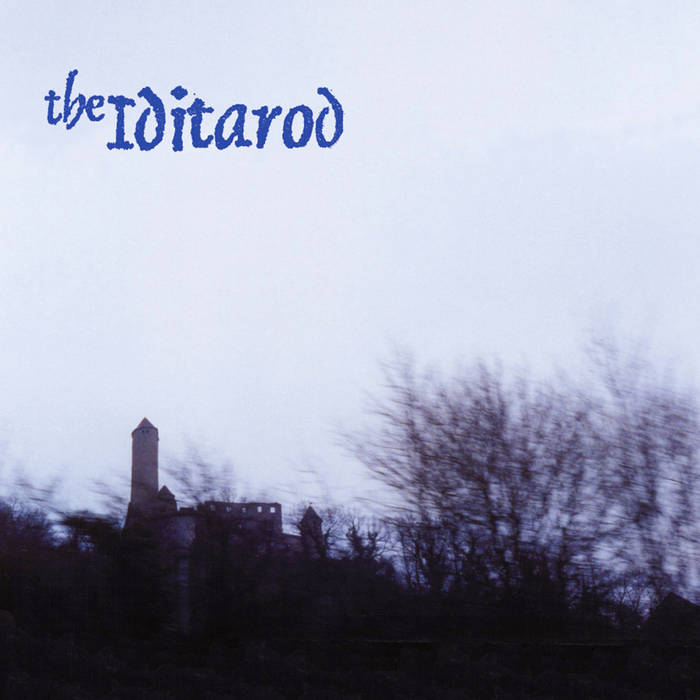 A 2003 re-issue of the debut from The Iditarod. It contains all 13 tracks from the original 1998 release on Hub City Records (RIP), properly mastered for the first time. The disc also includes 33 min of bonus material taken from out of print singles and compilations.

When it arrived earlier this year, The Iditarod's The Ghost, The Elf, The Cat And The Angel CD appeared to come out of nowhere - a stunning acid folk record that evoked the revenant forms of Sandy Denny and Anne Briggs while simultaneously connecting with much of what was going on beneath the sidewalks of the USA such as the likes Of Charalambides and Fursaxa. Now this reissue of their 1998 debut, completed with a clutch of bonus tracks, shows up to deepen the puzzle, On The River Nektar you can clearly hear The Iditarod moving towards the inspired synthesis of whispered traditional melodies and crepuscular drones that defines their current soundworld. Yet there's more of a pop sensibility here, albeit one infected with the kind of lopsided art brut vision singlehandedly defined by Calvin Johnson's K Records. The guitarist works with odd, truncated patterns and Carin Wagner's vocals often break as she strains to follow its stubby note trails. The subtle use of field recordings give some tracks the feel of accidental photographs of places you barely remember visiting. The bonus stuff is just as interesting.
- The Wire (UK)

Minimal, spooky folk-psych-pop, featuring Carin Wagner's tremulous vocals, mystically-tinged words suggesting a fragile pastoralism, and overall establishing the mood of walking through an enchanted but haunted forest. Though the backing is dominated by acoustic guitar, it's augmented by weird touches such as violin-like drones, eerie slide, disconsolate tambourine rattles, effects that sound like wind and dog barks through a white noise filter, thunderstorm prattles, and chirping birds. It's music for the slow hours and solitary places. 4/5 stars.
- All Music Guide

Iditarod were basically a duo comprising guitarist Jeffrey Alexander and vocalist Carin Wagner, and sweet Lord did they make some boring music. Alexander must have slept with his guitar-- an assumption I base on the fact that it sounds as if he's playing it in his sleep. Aside from the fact that his guitar is sometimes slightly out of tune, he's not technically horrific, it's just that his chosen idiom keeps him uninteresting and repetitive. Wagner's trembling, uncertain mumble on the other hand, that can't even be described as quasi-melodic-- pitch and key were discoveries not yet in the offing, apparently. It's like listening to a folk duo warm up before recording, something I doubt is a thrilling prospect to most listeners.
(2.1)
- Pitchfork

The "River Nektar's" minimalism is lovely, but with an undercurrent of unhinged personality. It feels like waking up with a bad head on the sofa in the afternoon not knowing who you are. But hey, in a good way. Stark, darkly beautiful and recommended.
- Ptolemaic Terrascope (UK)

…takes off towards quiet but still haunting terrain with the occasional nod in the medieval direction. The main instrument is the acoustic guitar but Carin Wagner's vocals and not the least her fragmented lyrics is an essential feature of the music as well. With plenty of space between the notes, giving the previous sound from the guitar an appreciated chance to breathe and expand, the music reaches new dimensions. The Iditarod invites you to a journey through the most forlorn valleys and darkest forests of any medieval legend. It's a route filled with beauty that you'd be deeply disappointed if you missed being part of. You know what to do. 4/5 stars.
- Broken Face (Sweden)

Haunting, medieval madrigals, avant-garde folk (although Timothy Renner hadn't coined the term wyrdfolk yet, this is what he was referring to when he did), experiments in found sounds, field recordings, tape loops, and brief instrumental sorbets to cleanse the palette as the various moods and styles pass by abound on the reissue of this Providence, RI duo's debut album, complimented here by an additional half hour of bonus material.
- Fake Jazz