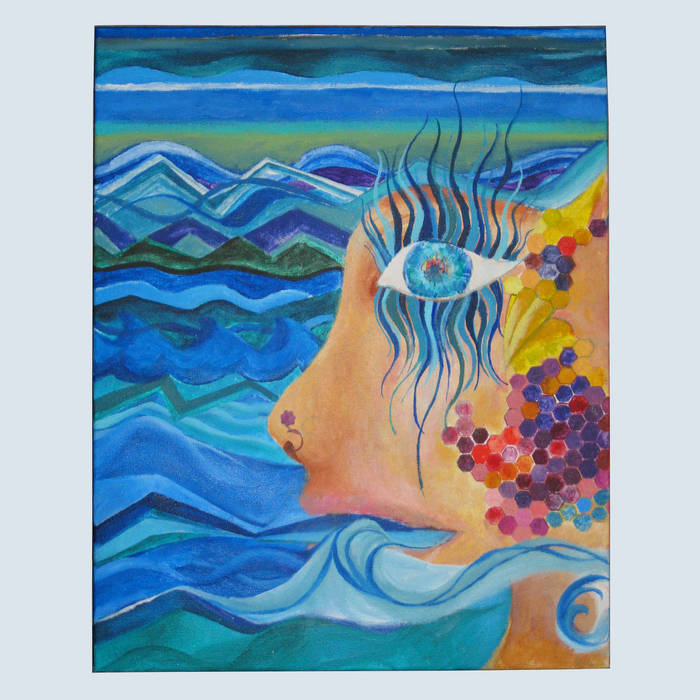 From the timbers of Fennario, which are located on some low ground near the Presidio, come Dire Wolves. The two members of this Bay Area sextet with whom I’m most familiar are guitarist, etceteraist, Jeffrey Alexander, a tireless exponent of sub-underground psychedelia when he was based in Providence. Mr. Alexander was previously involved with such protean volk-psych ensembles at the Iditarod and Black Forest/Black Sea, and was an early proponent of the deep Finnish underground, releasing several Avarus albums on his Secret Eye label, and touring with the band in the States. The other familiar name is Lau Nau, a Finnish vocalist/composer whose discography is as long as it is weird.

Dire Wolves’ sound is a wailing alloy merging a sort of Neu American psych-folk formalism with Finnish-style free-form space and an open process improv pulse that feels utterly original. Small flurries of notes might resemble several models (not least of whom is the ’68 Constanten-era Dead). And certainly, the floatational vocals of Lau Nau provide a deeply forested continuum, but the rest of the band seem more interested in connecting with a slowly-evolving vibe that actually makes me think more of the high desert & its vistas.

The music on Ocean of Green is full of pointillistic stonerist movement, but the individual elements hold together well enough that anyone who enjoys a single moment will soon find themselves pulled into the music’s midst.

There are no sharp edges here. The Dire Wolves’ sound is as welcoming as any band that has ever been heard. But it will slide through your portals like honey through a warm coil. Breathe deep. Breathe often. Soak this one in before your brain even knows it’s under attack.