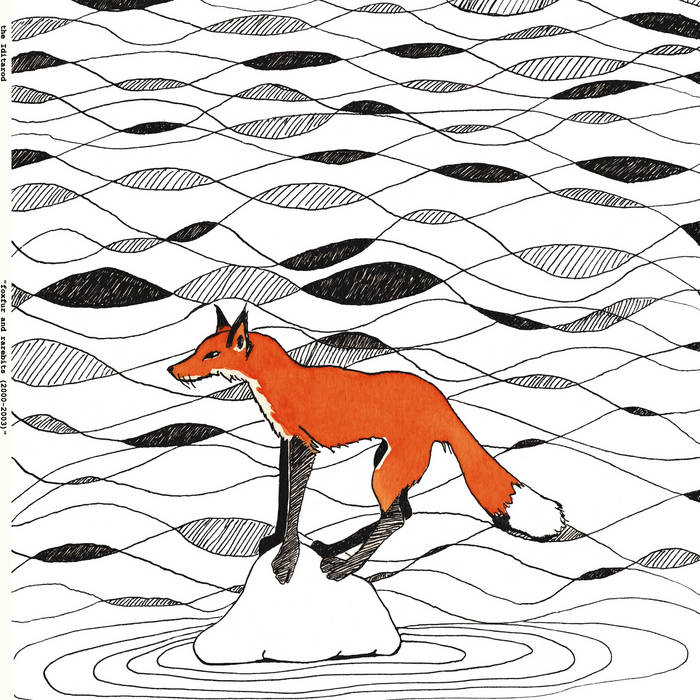 Marshall Lochbaum You're alone in the woods and the sunset is very pretty, but you know that afterwards comes the dark... Favorite track: Where The Cold Winds Blow.

"The Iditarod were very much a pioneering psychedelic folk group although for some this took the benefit of hindsight to realise as alongside the likes Stone Breath their music pre-dated the arrival of Freak Folk and mainstream breakthrough acts such as Banhart and Newsom.

At a time when indie rock was ruling venues finding a suitable place to perform their quieter music was difficult to say the least. The band eventually managed to find an ideal home base in Providence, Rhode Island where there was a more appreciative audience. They released The River Nektar in 1998. The core of the band was Carin Sloan (formerly Carin Wagner) and Jeffrey Alexander.

Amongst their self-penned material they also played traditional songs that they had learned from records by Anne Briggs and Pentangle. This new 2000-2003 collection on Morc Records titled Foxfur & Rarebits brings together oddments including alternate takes and live performances and although these songs were never meant to be together as an album, they do work as one.

By early 2000 the band had taken of the form of a collective and frequently invited guest artists up on stage to perform with them. On the album are some well known names including Sharron Kraus, Margie Wienk (Fern Knight), Matt Everett (Fern Knight, Will Oldham) and William Schaff whose album artwork many of you will have seen for Okkervil River and Songs: Ohia. - Folk Radio UK"

"This is a new collection of material by psychedelic folk group The Iditarod that was originally spread out over short run cdrs, 7"s and various compilations between 2000-2003. Now often viewed with the benefit of hindsight as a precursor of the so-called ‘Freak Folk’ movement, they developed quite an idiosyncratic version of folk music that combined sparse song structures, spectral vocals and experimental arrangements and atmospheric sound textures. Their combination of disparate influences are apparent across this record, with Carin Sloan’s vocals bringing to mind Shirley Collins’ work with the Albion Band or the spookier side of Cat Power and the music sounding like a slightly catatonic Pentangle one minute and The Dead C jamming on some found acoustic instruments the next." (Norman Records, UK, July 2014)

The Iditarod was Carin Wagner and Jeffrey Alexander

A1 - Feel The Breath Of The Woods Upon Your Heart Part One
Carin - voice
Jeffrey - guitars, electronics, percussion

B4 - Feel The Breath Of The Woods Upon Your Heart Part Two
Jeffrey - guitars, electronics, moog synth
Sharron - clarinet

All music written by Jeffrey + all lyrics by Carin, except:
A3 (intro-only) "In The Pines", Traditional
B2 "Julia Dream", music + lyrics by Roger Waters, 1968
All recorded, mixed, mastered by Jeffrey, except B2 recorded live on RadiOrakel, Oslo Norway - Oct 7, 2000 by Benny Braaten.
Artwork by Carin.

Thanks to the people who made these happen in the first place:
Nemo Bidstrup, Phil McMullen, Chris Moon, George Parsons, Benny Braaten, Michael Anderson.
Thanks also to the guest musicians:
Sharron Kraus, Margie Wienk, Matt Everett.
Special thanks to Wim Lecluyse and Jeanette Leech.